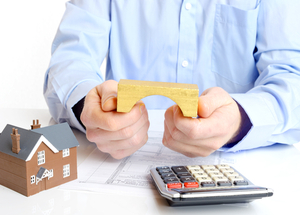 Rebridging will define 2019, as mainstream bridging lenders are likely to get nervous about extending deals, Chris Oatway, founder and director of LDNfinance, has predicted.

He said that mainstream lenders may want to do less rebridging this year as no one wants to keep rebridging a deal multiple times, leaving room for others to step in. He also pointed to bridge to sell as another growth area.

Oatway (pictured) said: “There’s been a lot of rebridging over the last couple of years, increasing month-on-month. We still see there being a massive market for rebridging. The year of the rebridge is still ahead.

“Rebridging and bridge to sell will be strong this year due to the slow market. Every deal is taking longer to go through so I can see both of these areas growing.

“The mainstream lenders won’t stop rebridging but I think they’ll get more nervous in that area, spending more time assessing the deal, making a decision and not saying yes to everything like they may have been doing before.

“However, that section of the market will still be serviced by other lenders. There’s so many options you can have for bridging finance that no matter what the requirement is, whether rebridging or bridge to let, it will be serviced because there’s enough people out there to cater for it.”

Oatway said you just have to know who to speak to make sure you can get these rebridging deals done and he’s seen a lot of distressed sales with auction deals where people want to get out of it quickly, pre and post Brexit.

Oatway added: “Auction purchases will also remain strong but are not likely to significantly increase, in proportion to the bridging market, unless there is a hard Brexit and a big knock-on effect.”